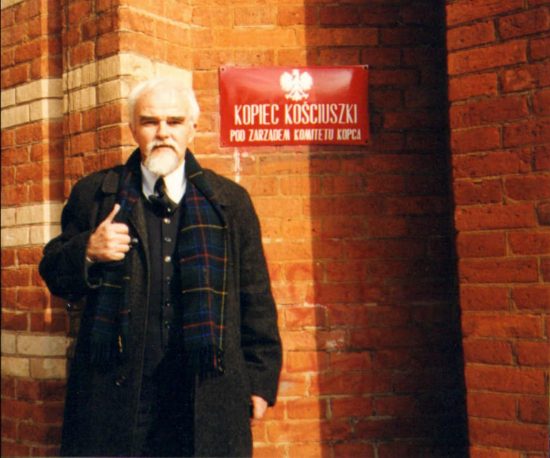 Mieczysław Rokosz  – historian, an employee of the Institute of History of the Jagiellonian University. Author of many publications about the history of Poland e.g. Na szańcach pamięci. Szkice z dziedziny tradycji i tożsamości  (Księgarnia Akademicka, Kraków 2003, wyd. II 2004) oraz  Wieże i dzwony Wawelu  (Societas Vistulana, Kraków 2006. His awe for Kościuszko, connection to national tradition and sense of duty was instilled in him in his home. He is the 11th president of Kościuszko Mound Committee, which was founded in 1820. He is performing this honorary function since 1994 and publishes reports “Sprawozdania z czynności Komitetu” in „Rocznik Krakowski” starting from R. LX for the year 1994.

As his predecessors he takes care of the Kościuszko Mound, as a symbol for the fight for independence and a place for national remembrance. He gave lectures about the Mound and Kościuszko in many placej e.g. in the Polish Library in Paris. After the calamity of 1997 he persistently and strongly fought for the reconstruction of the Mound. He aims to make the Mound and the planned Museum of Kościuszko a significant stop in the patriotic education future Polish generations in the 21st century.

To better take care of the Mound and for more effective work he strives for the creation of Kościuszko Mound National Foundation, ordained by the Sejm. In 1995 he was awarded by The National Society of the Sons of the American Revolution a diploma and LIBERTAS ET PATRIA medal, and in 2003 he became an honorary member of the Executive Board of The American Association of the Friends of Kościuszko at West Point.